The best 50 cents we spent all year. According to Alana. 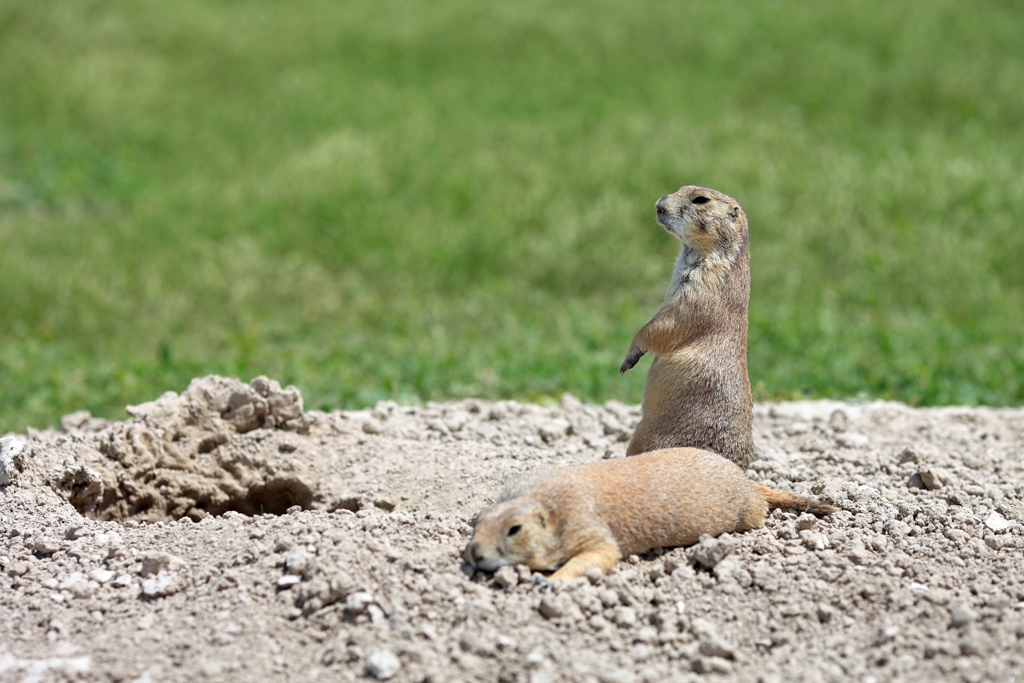 Prairie Dogs These guys let me get pretty close... in fact i think i could have pet them if i wanted plague.

Just off I-90 on the main road to Badlands National Park there is a 12 foot concrete prairie dog. Just behind the prairie dog is a small general store that sells the usual gift shop stuff that you can get at any gift shop west of the Mississippi, as well as a 50 cent bags of whole peanuts. The peanuts are key, so after walking outside with our bag we surveyed the 2 acres of fenced off land to see where the prairie dogs were currently clustered. Being prairie dogs, they had no respect for the fence, and there are holes all over the parking lot, so watch out for twisted ankles. (They seem to have also taken over the state of South Dakota, not just the parking lot.) 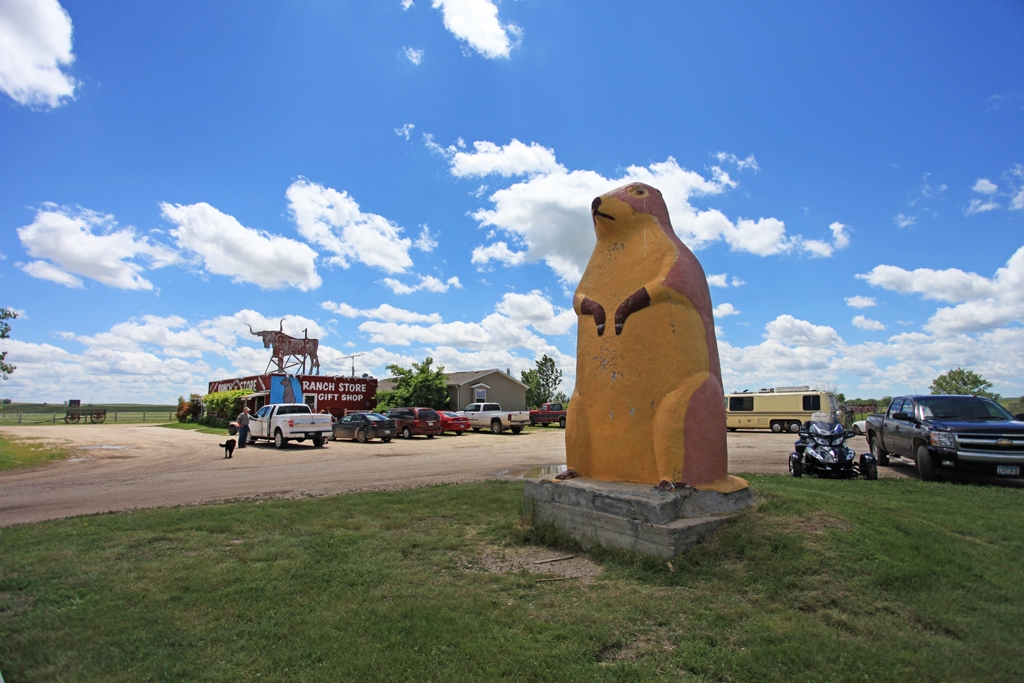 12 Foot Tall Concrete Prairie Dog A little battered, but this guy hangs out on the side of the road to a feed your own prairie dog town near the badlands.

We spotted a couple standing on a mound, and as they seemed pretty unconcerned with us being there, we moved closer. At first we were kind of timid, expecting them to run off, but they are either too tame, or possibly too fat to care. Clearly a diet of peanuts has taken it’s toll on the local prairie dogs waistlines. Maybe you need to go earlier in the day to get ones that are really excited about peanuts? I tossed a few that definitely got a prairie dogs version of a turned up nose. A few still seemed pretty excited though, and they will walk right up to you to get one. If there aren’t children or dogs around, (they seem suspicious of kids, and rightly so little dudes) they will ignore you and continue grooming, doing what appear to be yoga like sun salutes, kissing and or cuddling of offspring and general cuteness. Some will flop out on their bellies in front of you with a look that either says “Man, this sunny weather is awesome, I’m taking a nap.” or “Oof, too many peanuts.” 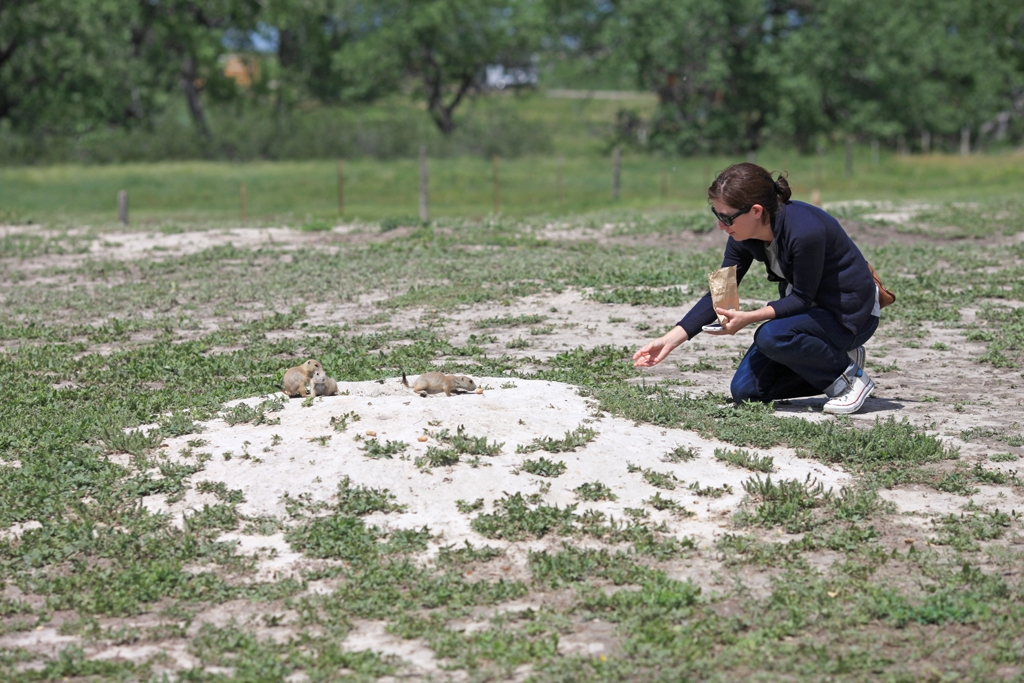 Alana Entices a Prairie Dog You can buy a back of peanuts for 50 cents and then the prairie dogs kind of care about you.

If you stand still they seem to either forget you are there, or most likely they have another friend watching your every move from an adjacent mound. I read about researchers who after many years of study figured out that the warning cries from prairie dogs are different for different things. They are different for say a dog, as well as a fat man in the red shirt, versus a skinny man in a red shirt, or a woman in a blue shirt. So even if they seem like they are ignoring you, they are pretty smart. Too smart to fall for promises of a better life in California if they would only climb into my purse. (Gretchen disapproves.) A hawk flew by while we were there and it certainly got a reaction, even the fattest ones stood up to watch where it was going. They also really don’t seem to mind being filmed. Lots of wild things run off from a clicking camera, but not these guys.

In short, it’s totally worth the free admission and 50 cents worth of nuts.

Charleston, SC
Our second Civil War fort, but this one is less of a Spring Break vacation destination.