One of the West’s most feared prisons. 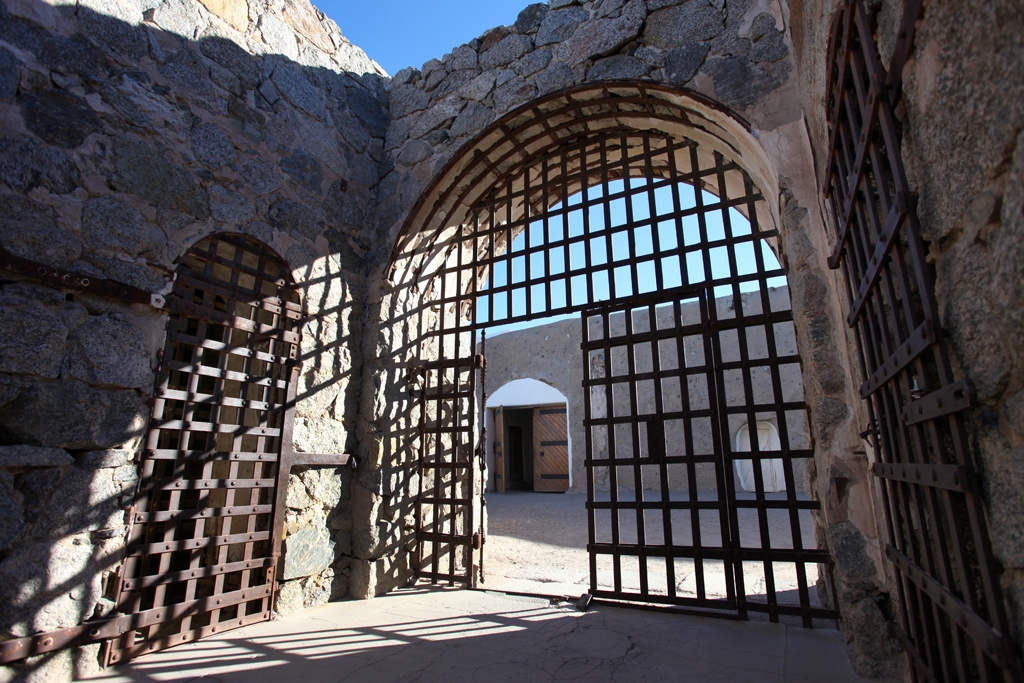 Law in the West in the latter half of the 19th century was a spotty affair. This was the forge of characters like Billy the Kid, Butch Cassidy, Jesse James and hundreds of other outlaws. More often then not, guys got killed in the street before there was ever any kind of official justice, but when people did get sent up, the most feared name in the West was Yuma.

Yuma is about 170 miles from San Diego and 220 miles from Tucson making it extremely remote. The first prisoners arrived at Yuma Territorial Prison on July 1st 1876 and it ultimately held 3,069 prisoners, of which 29 were women. The first group of 9 prisoners built their own cells and then moved in. Burglary was the most common offense that got someone sent to Yuma, but some were there for “the sale of spirituous liquors to indians”, others for “seduction under the promise of marriage”. There were polygamists, adulterers, embezzlers, child stealers, and cattle rustlers. One of the female prisoners, Maria Moreño shot and killed her brother for making fun of the way she danced, though she only served one year. Another woman was in because she left her husband to run away with a troupe of vaudeville jugglers, she served two years. 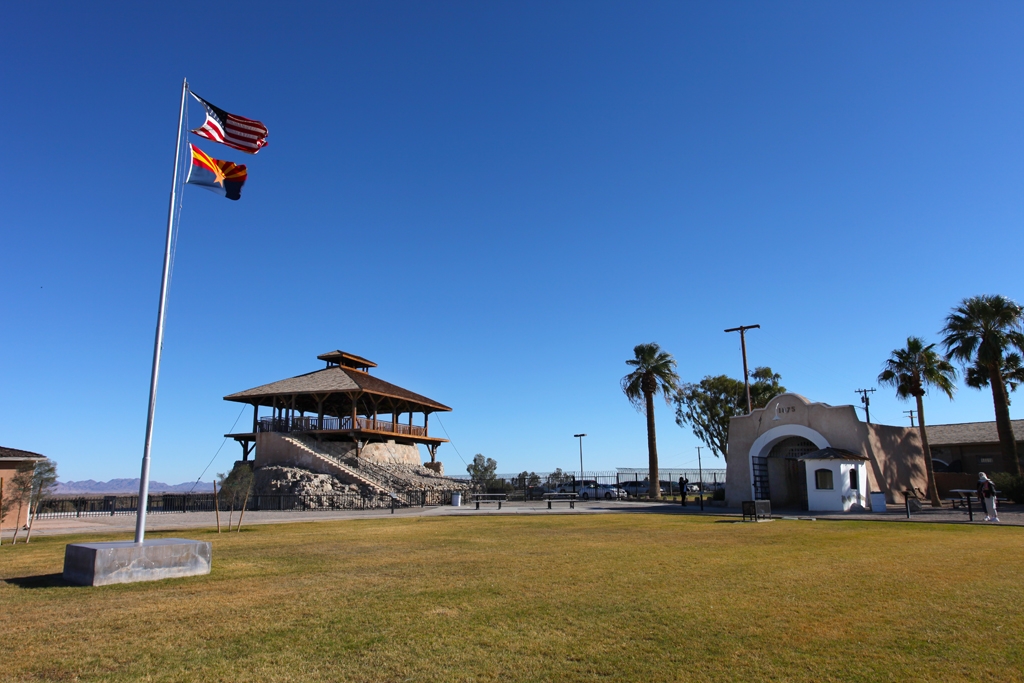 Yuma Territorial Prison The guard house that overlooks the prison yard and entrance.

Over the 33 years of operation, 26 people escaped, though only 2 of those escaped from inside the prison, the rest were already outside when they made a break. The wardens paid the local Quechan indians $50 for every escaped convict they returned.

For all of it’s infamy, the prison was supposedly a model institution, it had many amenities, like electricity when very few on the outside had it. It had one of the very first dynamo generators in the west, used for lighting and powering a rudimentary electric fan system for the cellblocks. The prison provided education and many inmates learned to read and write while inside. The prison even operated a public library to the outside, charging a 25¢ fee for a tour of the prison, using the proceeds to buy more books. Due to these unusual amenities, the locals often referred to it as the “Country Club on the Colorado River” or simply “The Hotel”. 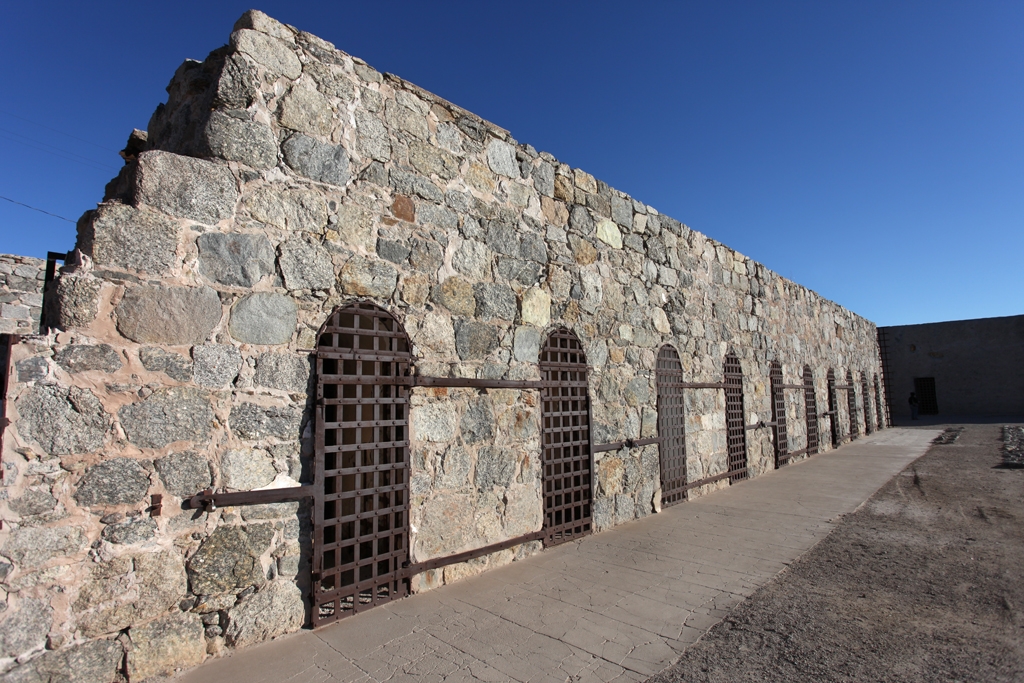 Yuma Territorial Prison This is the side of the cell block that now faces the freeway that is about 100 yards from here.

The inmates however, commonly called it the “Hell Hole” or “Devil’s Island” – even with electric ventilation, average temperatures were 110° in the summer. The cells were 9 by 12 feet and housed 6 people each on three high bunk-beds. Talking was prohibited in the cellblock, so supposedly prisoners tied messages to the cockroaches that ran through all the cells. Despite having an excellent hospital onsite, tuberculosis was a constant threat and killed many. But the most feared aspect was the dark cell, a small room carved out of solid rock with virtually no light, no toilets (or buckets) and only one meal of bread and water a day.

The prison eventually closed in 1909 and the high school moved in from 1910 to 1914. The story goes that they were playing a game against Phoenix, and their rivals – in order to make fun of the fact that they had to go to school in a prison – called them the Yuma Criminals. After Yuma won the game though, they took the name and wore it with pride, and still use it today, though they often shorten it to The Crims.

After the high school left, the prison began falling into disrepair as locals began scavenging it for building materials. During the depression, hobos and then whole families began taking up residence in it. By this time most of the outer walls were gone and many of the buildings were lost. In the 30’s though, locals realized they were losing a significant piece of history and moved to have it designated a park, making it a city museum in 1941 and a state park in 1961. 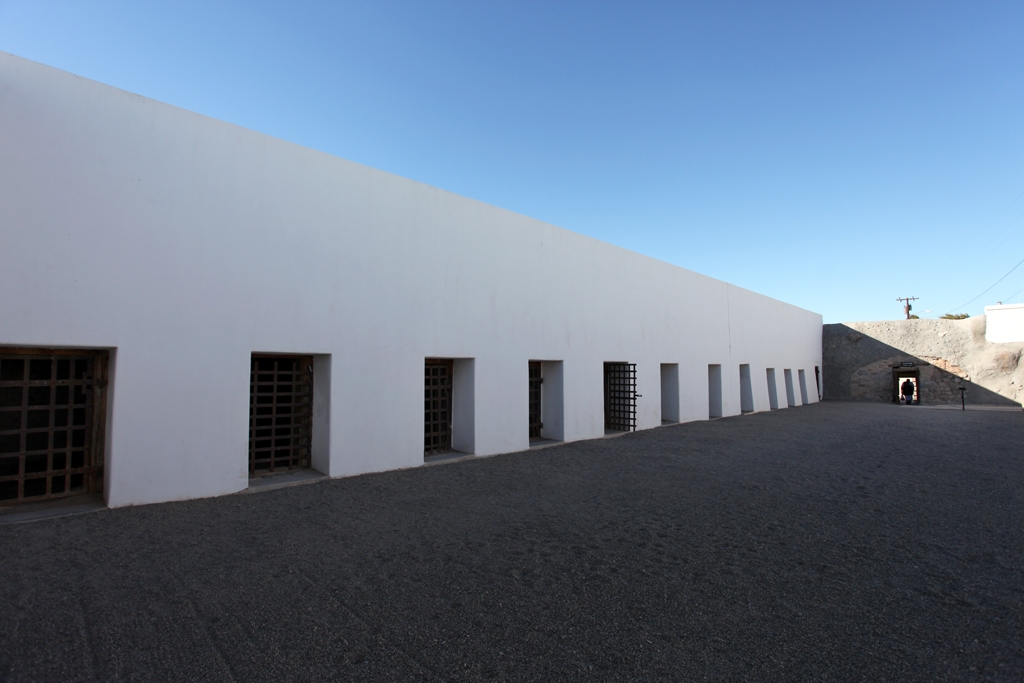 The Addition The "newer" part of the prison added later.

Now the park consists of enough of the original buildings to give you a good idea of how it was built and what it might have been like to be locked up there. The guard tower stands tall over the grounds and shows everything inside the prison and gives a birds eye view of much of the surrounding landscape (an ideal perch to look for escapees). The original sallyport gate is still in place through which you pass to enter the cellblock area. The original cellblock is mostly intact with one side of the cells sealed up to show how dark they would be, and the other opened so you can go inside and see the bunks and how small the space would be for 6 people.

You then wander back to the area where the dark cell is. You can go inside, and yes... it is very dark inside. It would take a long time to get any kind of sense of light in here and you can only imagine being locked up in the dark sometimes with several other guys that you don’t know or like. Adjacent to the dark cell is the second, newer cell block, which from certain angles looks like buildings in Santa Fe, at least from the outside. This cell block still has the high wall around it and you really understand how hard it would be to get out of this place without using the door. 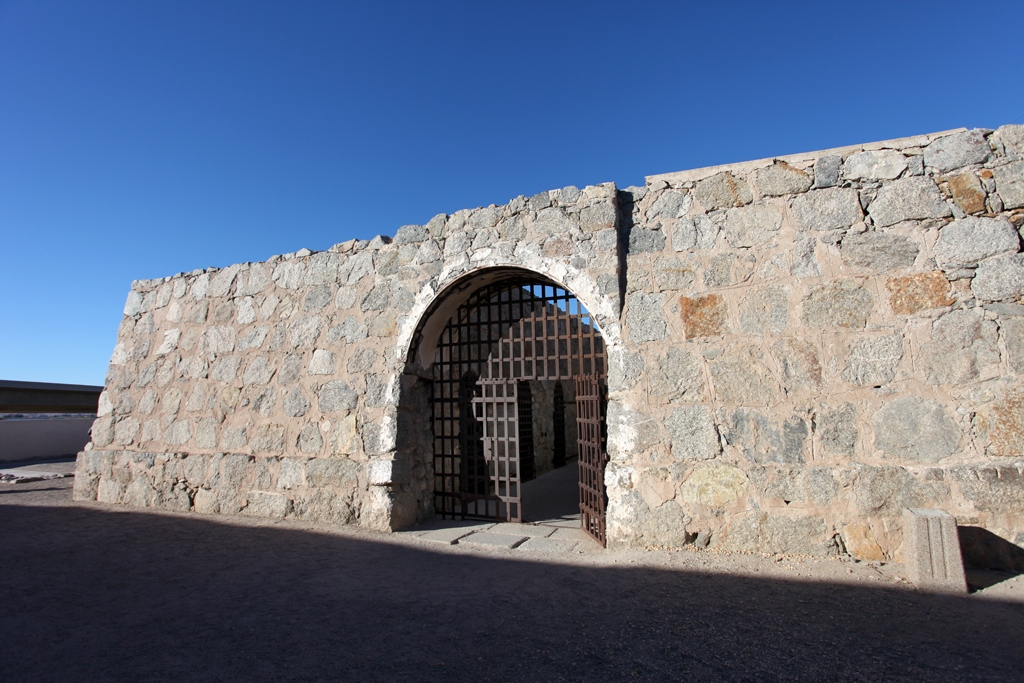 If you are a fan of the Old West, this place has to be on your list of places to see

This place had been on my list of western locales to visit for a very long time so I was elated to be able to finally see it. There was a period of time that the state was threatening to close it for lack of funds but the locals got together and raised a bunch of money to keep it running as well as make some improvements. So who knows what the future will bring for places like this, go see it while it is open and being taken care of.

Official Center of the World

Felicity, CA
A library for the aliens or future civilizations to figure out what the hell we were doing.
Next Article »

Yuma, AZ
The most well thought out idea the military has ever had