A random selection of some interesting buildings in this Florida beach town. 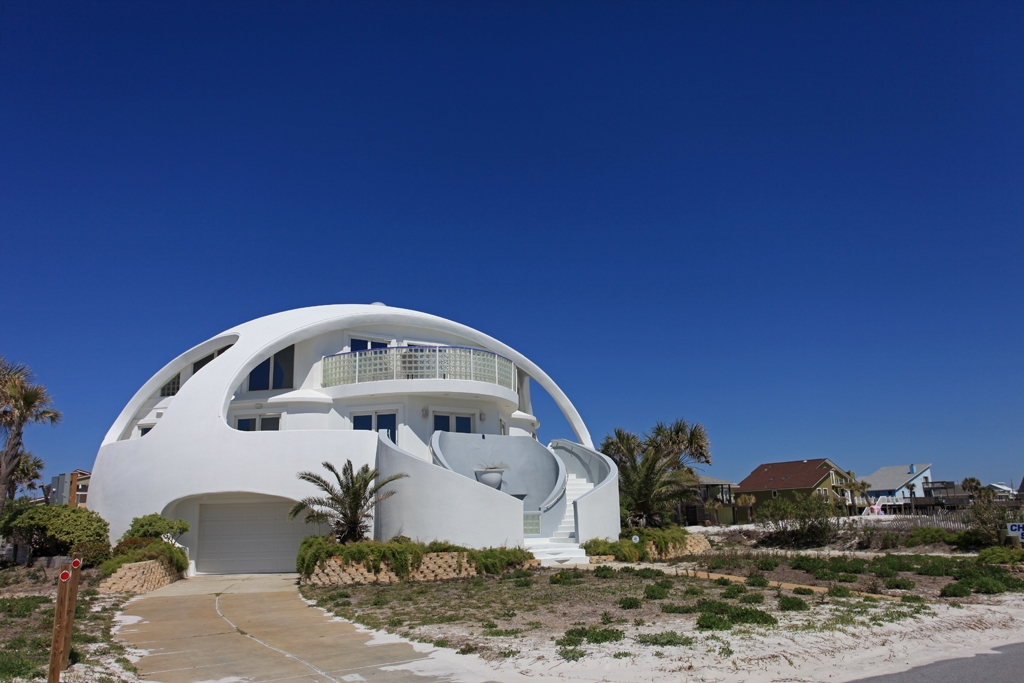 Pensacola was sort of a surprise to me, It was more beautiful than I expected; with it’s white sand beaches, and more historically interesting; with it’s 19th century forts and beach resorts. However, while driving around, I was most taken with some of the architecture we discovered. Beach towns like this are often a mishmash of bungalows and cabanas and other poolside kinds of buildings, and more often than not they are up on stilts to deal with storm surges. Pensacola Beach has more than its share of these kinds of buildings, but it is also home to some pretty crazy experimental architecture.

The island is probably not more than 1000 feet wide at it’s narrowest. Since it is a barrier island and very low lying it tends to bear the brunt of hurricanes passing through the area. In 1995 it was struck by two hurricanes which did a fair amount of destruction to buildings on the island. As a response to all of this, Mark and Valerie Sigler built “The Dome of a Home”. It’s a 3 story curvy shell that looks like some kind of underwater alien architecture. It’s a striking building but most importantly, it works. Hurricane Ivan came along in 2004, and confident in the building’s engineering, Mark and a crew from MSNBC stuck it out through the storm. The island was completely covered in 6 feet of water from the storm surge, but the building survived, giving them all a glimpse of a hurricane that most people never live through. 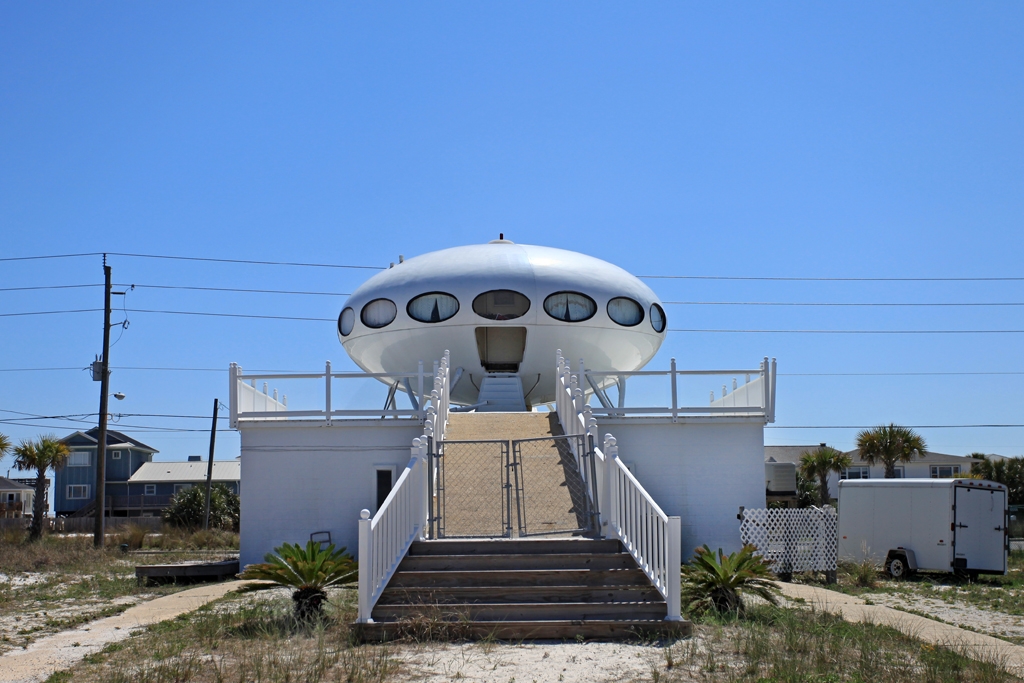 Just down the road a bit, is another architectural wonder of an older vintage; a Futuro house. Designed by Finnish architect Matti Suuronen in 1968 as a ski cabin, it was made out of fiberglass and was light enough to be prebuilt and dropped where-ever by helicopter. It had built in furniture and a hatch that opened like a spaceship. Sadly, there were only 96 of them made, and there are only 16 in the US. This example is locally referred to as the Spaceship House, where it sits on top of a concrete block building called the launch pad. It has a ramp that leads from the street level to the hatch and the deck of the launch pad. Apparently it has been there since the late 60s and has survived everything the gulf has thrown at it from hurricanes to floods to tornados. Most recently it survived Hurricane Ivan, which submerged the launch pad and ramp. Right now it kind of looks like it has seen better days but it sounds like there is a new owner so hopefully it will survive another 40 years of nature’s cruelty. 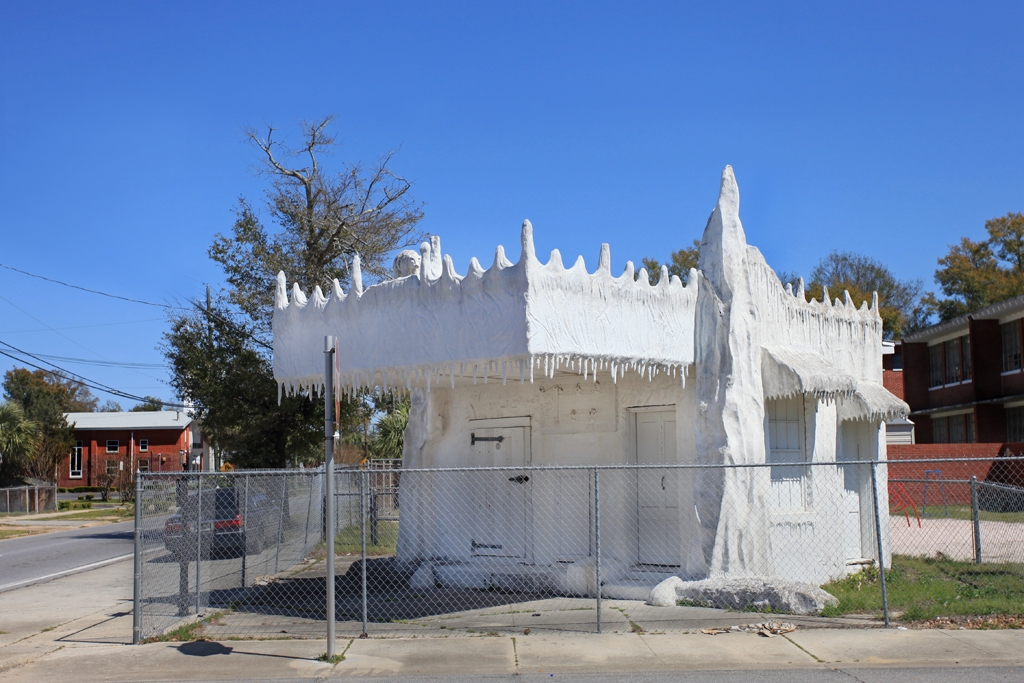 Back on the mainland is another noteworthy specimen, the Crystal Ice Company Building or the Crystal Ice House. Before the advent of widespread home refrigeration, if you wanted ice, you would go down to your local ice house, which were basically insulated buildings that stored giant blocks of winter lake ice to be cut up for customers on demand. This particular building was built in 1932 and sports an awesome vernacular architectural style meant to look like an ice cave. There is a little polar bear on top to survey the scene, but best of all is a carved sign on the side of the building that tells customers how to order using hand signals. In a busy summer time crowd handling ice, becomes a very time sensitive issue so this ingenious system of hand signals let people get their orders across quickly. The building was aded to the National Register of Historic Places in the 80s but is in kind of a random neighborhood now and surrounded by a decidedly unphotogenic chain link fence. However it is easy to get to, 1 block off the main highway into town, and very worth seeing.

New Orleans, LA
Not a vegetable in sight, unless you count the potato chips.
Next Article »

Sanderson, FL
Taking a vacation from our vacation in Osceola National Forest