Strict Standards: Non-static method Configure::getInstance() should not be called statically in /nfs/c01/h03/mnt/776/domains/cake/bootstrap.php on line 38
 50 States Or Less: Getting Started By Being Able To Stop - Fremont, CA
map

Getting Started By Being Able To Stop

A week in Fremont at Applied GMC where we totally redid the whole braking system. 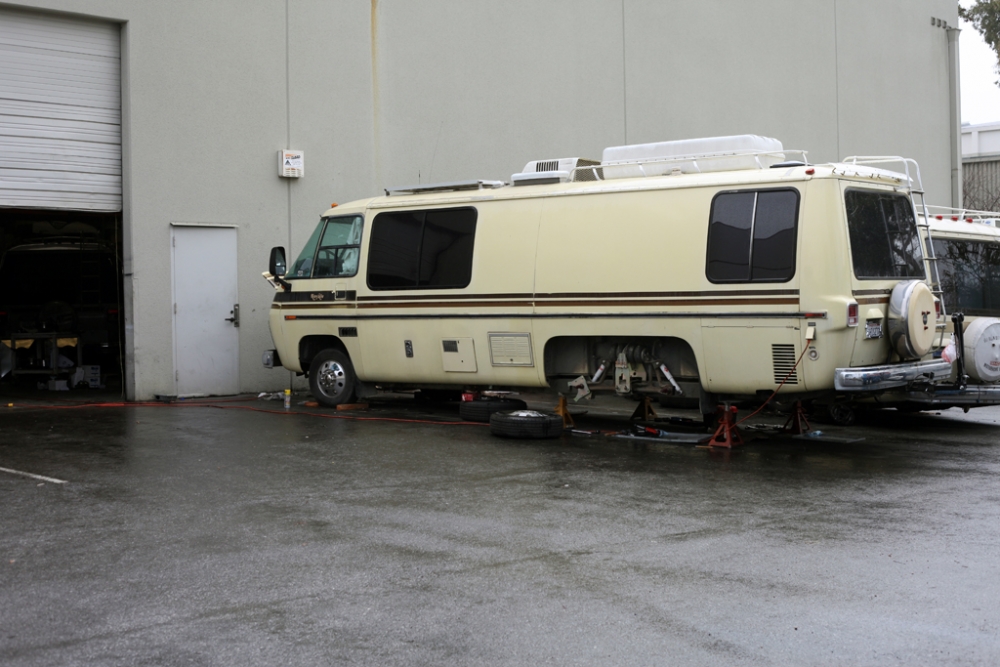 Up On Jackstands Here we are at Applied GMC, where Jim let us use his lot to do the reaction arm system and the disc brakes. This was way better than the gravel yard I had done all the work to date in.

Our motorhome, for anyone who cares to know, was based largely on a early 70s Oldsmobile toronado. Many of the braking components came from this regular old passenger vehicle and a mish-mash of other GM truck products.

Apparently it worked well enough when it rolled off the factory floor, but years of use and semi-neglect had rendered the braking systems on our coach a little less than was to be desired. Not exactly something you want on a 13,000 lb vehicle about to go down many mountains.

Fortunately there are a couple of companies and guys that are coming up with new and better systems for these motorhomes. So after deciding that we wanted to get rid of a bunch of money (and that we wanted to live through this trip) we opted to replace the old drum brakes on the back 4 wheels with disc brakes and to upgrade to an amazing but complicated system to describe called the reaction arm system. 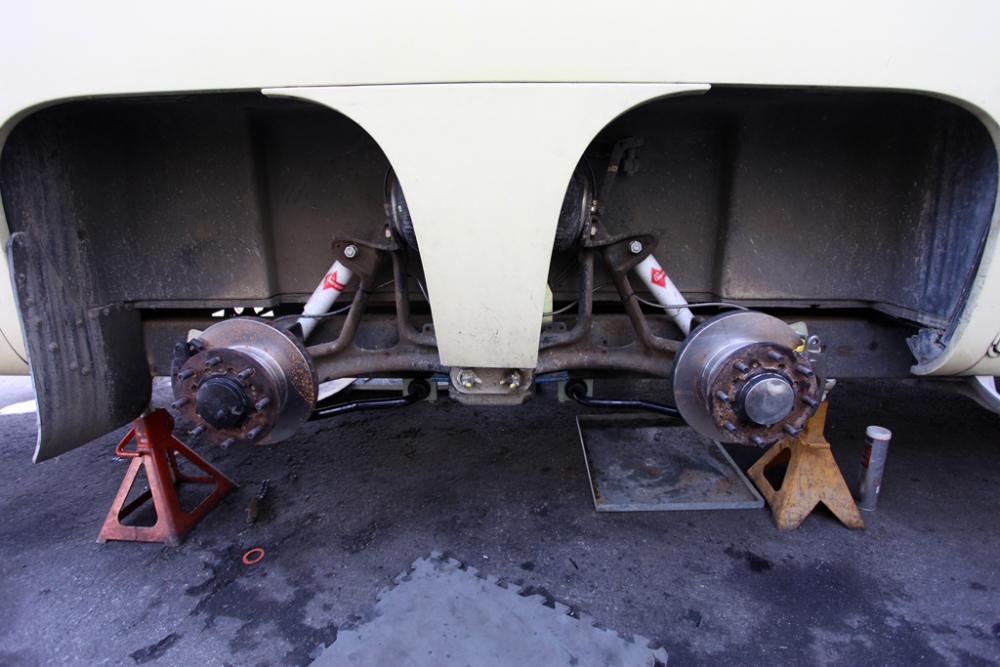 Disc Brakes Here are the new disc brakes installed. that rust had formed over night. This in conjunction with the reaction arm system means that we have incredible stopping power now.

After never really being able to stop without thinking ahead by at least a block, we now stop all 13,000 lbs like a newish car, even when towing

Basically the system is a series of sway bars and cleverly designed brackets that pulls the rear wheels down to the road during braking rather than having the vehicle do a nose dive when you brake and then you loose most of your braking force in the back.

Anyway, the guys at Applied GMC, one of the shops specializing in our motorhomes, let us use their paved lot to do the installation. It took me about 4 days to do all of the brakes and get the reaction arms and master cylinder and other brake components installed.

At this point I'm sure I have lost most of you, but for anyone left reading, this is one of the best additions we have made to our coach in terms of driving confidence and safety. Already we have had to deal with several panic stops while towing the car and it was not a problem at all except that lots of stuff fell on the floor inside.

Emeryville, CA
How to get rid of all of your stuff and live in a box with wheels for a year.
Next Article »

Fremont, CA
Trying out the cooking facilities on day 1 of the trip